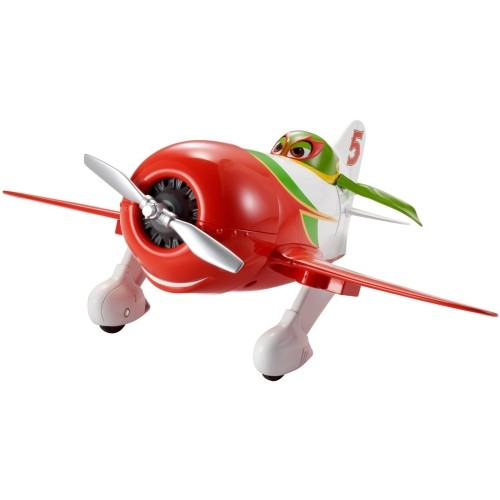 Going Sky-High With Disney's Planes
Cars takes place on the ground, but what's going on in the skies above them? A whole new incredible world of extreme speed, adventure and fun! All is revealed in Planes, the new movie with a bold and brash flyer named El Chupacabra, who's captured here in an authentically designed re-creation.
Sound + Action = Hours of Play
The Planes Deluxe Talking Planes pack a cargo hold full of excitement in their large-scale likenesses. Push down on El Chupacabra's head to hear him make sounds and speak phrases straight from the movie. His propellers even start turning while he's talking! His red, green, and yellow detailing is striking, too.
Ready for Takeoff
Planes don't just fly, of course – they also have to be able to taxi on the ground! El Chupacabra is wheels-down for a smooth ride whether he's on the runway, going to get refueled at the gas pump, or rolling out of the hangar for a pre-flight check.
What's in the Package?
The Disney Planes El Chupacabra Deluxe Talking Plane package comes with the talking El Chupacabra vehicle (batteries included). 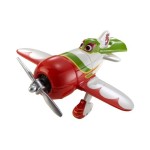