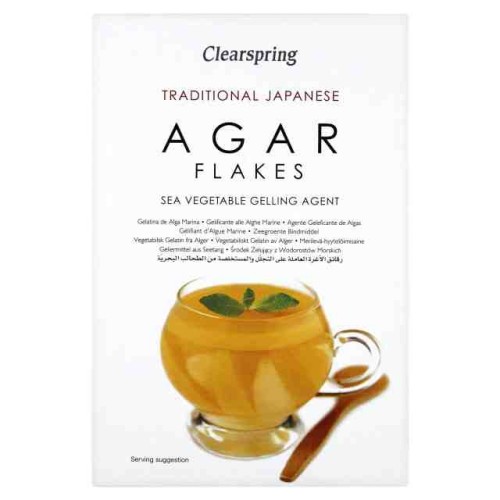 Clearspring Agar Flakes are prepared in the traditional way in Japan by cooking selected sea vegetables until soft then naturally freeze drying outside in the winter sun and snows. They have a neutral flavour and are free from any chemical bleaching or softening agents.

Reseal pack after use and store in a cool, dry place.

Clearspring Agar Flakes, known as "kanten" in Japanese, are a high quality vegetarian alternative to gelatine for making desserts, jellies and aspics.

Clearspring Agar Flakes are traditionally made from sea plants in Japan. They have a neutral flavour and are free from any bleaching chemical or softening agents.

Nowadays, almost all commercial agar-agar is made using sulphuric acid to dissolve the starches, and chemical bleaches and dyes to neutralise the colour and flavour of the sea plants. However, a few small craft producers, such as the family who make Clearspring Agar Flakes, still use the traditional slow method.

How to cook with agar flakes

We recommend the following ratio: one heaped tablespoon of agar flakes for 250ml of liquid. If the liquid being used is acidic then more agar flakes would be needed.

Sprinkle over the liquid in a saucepan before heating. Heat without stirring, then simmer for 3-5 minutes, stirring occasionally, until the flakes dissolve. Pour into a mould and cool to set.

According to Professor Arasaki of the University of Tokyo, sea vegetables contain more minerals than any other food.

All of the 56 elements essential for human health are present in sea vegetables, including calcium, magnesium, potassium, iodine, iron, and zinc, together with important trace elements such as selenium that are often lacking in land vegetables due to soil demineralisation.

What is more, the minerals in sea vegetables exist in a chelated, colloidal form that makes them readily 'bioavailable' for use in crucial bodily functions. Population studies show that people with a regular intake of sea vegetables show few symptoms of mineral depletion and the longevity of the people of Okinawa is believed to be due to their regular consumption of sea vegetables (1).

Sea vegetables have traditionally been consumed in moderate amounts and on a regular basis to provide a balanced intake of minerals. For example, kombuis a good source of iodine, which is necessary for proper thyroid function and is of general benefit to health, but a few people with sensitive thyroids may have an adverse reaction to excess iodine, and for this reason kombu should not be consumed in excess.

Over the last few decades, medical researchers have discovered that a diet rich in sea vegetables reduces the risk of some diseases and helps the body eliminate dangerous toxins.

If you're watching your weight, sea vegetables could be a useful addition to your diet. They are high in fibre, contain next to no calories and provide a good balance of essential minerals.

Nutrients in sea vegetables appear to cleanse the colon and improve digestion and absorption. Scientists at the University of Newcastle-upon-Tyne have found that alginate, the sticky starch present in brown sea vegetables, can strengthen gut mucus, slow down digestion and make food release its energy more slowly (2).

In another study comparing the faecal flora resulting from the Japanese diet with the Western diet, significantly greater numbers of beneficial oxygen-loving (aerobic) organisms were found to derive from the Japanese diet (3). This is believed to be due to the antibiotic activity of sea vegetables, which destroys harmful anaerobic bacteria.

Sea vegetables are known to bind heavy metals and radioactive pollutants that are present in the environment from industry and transport and remove them from the body. Scientists at McGill Univeristy in Canada showed that sodium alginate removes the radioactive element strontium, along with heavy metals such as cadmium and lead from the system (4).

Several decades ago, dietary researcher Dr. Weston Price found that natives of the high Andes carried a small bag attached to their necks containing a greenish-brown substance, a quantity of which was consumed every day. This substance was sea vegetable obtained with much difficulty from coastal Indians, but which these healthy dwellers of the high Andes would not do without (5).

Dr Jane Teas of Harvard University has published a paper proposing that kelp (kombu and wakame) consumption might be a factor in the lower rates of breast cancer in Japan (6). She is now researching the effects of sea vegetables as a natural alternative to HRT. Sea vegetables are very high in lignans, plant substances that become phytoestrogens in the body, meaning that they help to block the chemical oestrogens that can predispose people to cancers such as breast cancer.

This nutty and inspiring tea is prepared by blending our Green Tea with an equal amount of wholegrain rice. It is immediately packed to seal in their fresh taste and aroma. 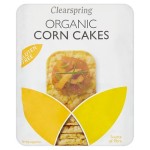 Clearspring Organic Puffed Corn Cakes are light and crispy, and make a delicious snack straight from the pack or served with toppings or spreads.

Silky soft and smooth, Clearspring Organic Tofu is a low fat soya food, great for everyday use and rich in vegetable protein. Our tofu is ready to eat straight out of the pack or you can use it as a substitute for eggs, dairy and meat in your favourite recipes, both savoury and sweet. 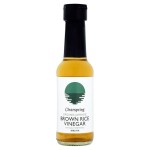 The full-bodied yet gentle character of this classic vinegar from Japan's southern island of Kyushu makes it a joy to use wherever tartness is needed. 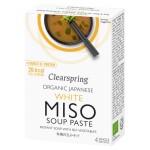