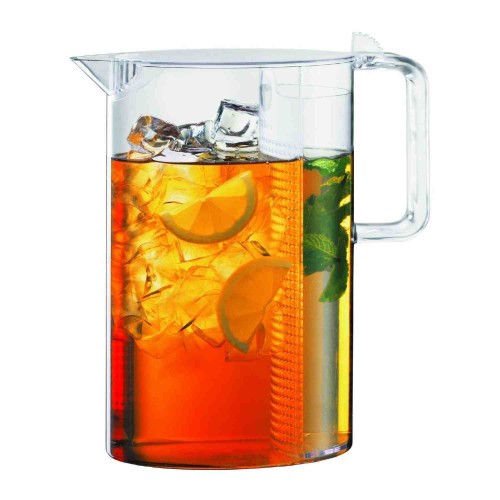 The BODUM® CEYLON Iced Tea Jugs are great for all occasions, during hot summers as well as cold winters! Made of see-through plastic, the jugs serve cold beverages at the barbecue and pleasantly warm tea at the fondue event.

In addition to iced tea, the Ceylon can be used for all kinds of delicious drinks like orange juice with mint leaves, sangria with lots of fruit slices or ice water with cucumber or lime slices. How do I use it? The Ceylon allows you to easily make delicious, natural iced tea, giving you the freedom of choosing favorite ingredients.

Simply add your preferred tea leaves into the removable filter, pour 1-2 cups of boiling water over the leaves and add your preferred amount of sugar. After the sugar has dissolved, fill the jug with cold water from the tap. Close the lid, and leave the tea jug in the fridge over night.

The next morning you will have tasty iced tea. The filter system is removable allowing the Ceylon to double as a nice pitcher. The lid includes a screening filter to help prevent particulates from flowing into your cup. All parts are dishwasher safe and can be put in the fridge. 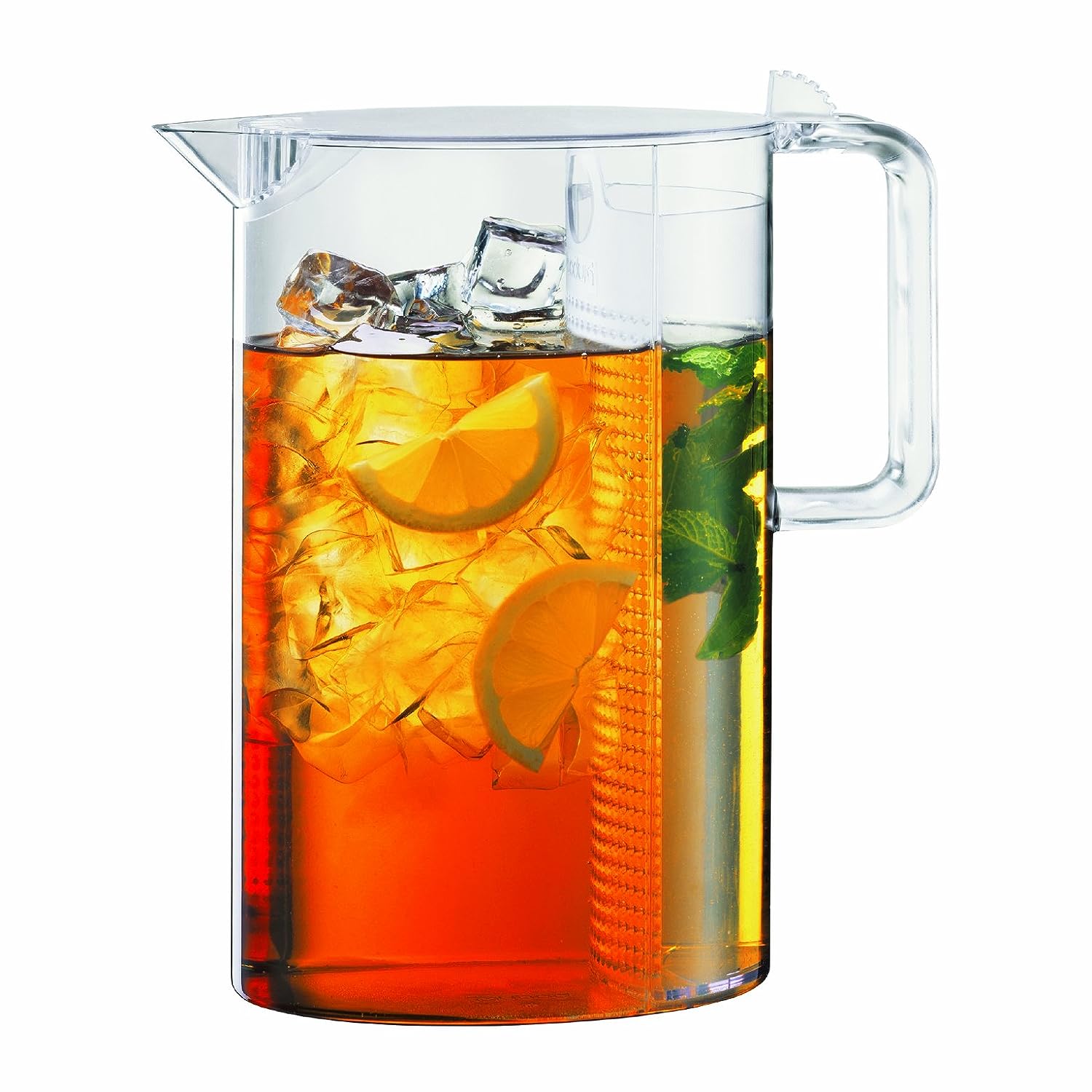 “Good design doesn’t have to be expensive” – Peter Bodum.

BODUM®, a family owned company, was founded in 1944 in Copenhagen, Denmark by Peter Bodum. The founder succeeded in positioning BODUM® internationally already in the 1960’s owing to his unique concept: development of products, which consistently pay tribute to functionality, quality and affordability.

At BODUM®’s early stage, the founder recognized the importance of industrial design and this visionary approach laid the groundwork for what BODUM® stands for today.

Incorporating the principle that form follows functionality, Peter Bodum designed the vacuum coffee maker Santos. Santos was internationally acclaimed for its unique design and in the 50’s, 60’s and 70’s it became one of the most important coffee makers worldwide.

In 1974, the 26-year-old Jørgen Bodum, the founder’s son, took over the BODUM® Company with the ambition of respecting BODUM®’s traditions and creative work with visionary ideas.

Already in 1974, Jørgen Bodum manifested the company’s philosophy of design with the launch of BODUM®’s first coffee press – Bistro.

Bistro – The French Coffee Press has been selected as the most environment friendly coffee maker by the international media and has been highly awarded by the most prestigious international and Danish design awards.

BODUM® then began to open stores and shop in shops in cities all over the world: Paris, Copenhagen, Zurich, Lucerne, Tokyo, New York, Sydney, Okinawa, Auckland and many more.

In 1980, Jørgen Bodum established BODUM®’s design unit, PI-Design. With an in-house team of designers, engineers, graphic designers, and architects, BODUM® has been developing their own product design ever since - paying homage to BODUM®’s tradition of functionality and quality but with a focus on innovation.

In 1986, the opening of BODUM®’s first shop in London marked another milestone in BODUM® history. This impressive shop was designed, not only to perfectly showcase the large variety of BODUM® products but to embody BODUM®’s growing presence as an international brand.

In 1991, the ASSAM teapot was developed for the British Tea Council. With the ASSAM, BODUM® reinvented tea brewing. BODUM® had applied the same principles from the French coffee press system to tea brewing: a brewing process in a spacious filter easily stoppable by pressing down a plunger.

In 1992, BODUM® entered the field of electrical household products. The IBIS water kettle was the first in a long line of simple as well as highly sophisticated electrical kitchen equipments: juicers, coffee grinders and etc.

Since 1974 BODUM® has produced more than 100 million of French Coffee Presses and 30 million teapots.

Today BODUM® offers its customers everything from the latest coffee and tea making products to tabletops, kitchen, storage, textiles, home and office products.
Some of BODUM®’s concept stores even include a café, where BODUM®’s own selection of coffees and teas are served.

In 2003, the Swedish Ordning&Reda became a part of BODUM® Group. Ordning&Reda have franchise shops in 15 countries and their shop-in-shops in the BODUM® stores offer a coordinated assortment of stylishly beautiful notebooks, diaries, cards, photo albums, stationery, pens, pencils, boxes, bags, and accessories.

The BODUM® Group is a 100% family-owned business. Today, it is owned by Pia Bodum and Jørgen Bodum, daughter and son of the founder Peter Bodum.

BODUM® is now more than ever focused on the further development of shop-in-shops.

BODUM®’s products are sold in 55 countries; there are 20 BODUM® stores worldwide and many more shop-in-shops.

BODUM® has its holding company and the BODUM® Design Group consisting of PI-Design in Switzerland and its own production company in Portugal. BODUM®’s other offices are based in Humlebæk (Denmark), Tokyo and New York and the sales companies are located in Hong Kong as well as in Shanghai.

From June 2010 BODUM® Scandinavian activities are run from Humlebaek (Denmark), making BODUM® neighbour to Louisiana Museum of Modern Art, where BODUM® has been main Sponsor in the years 2010, 2011, 2012, 2013. 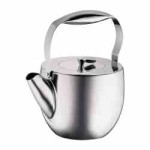 The Columbia line combines stunning elegance of form with the best materials for perfect function. The double-walled stainless steel thermo press keeps your tea hot for more wake-up calls than you'll ever need. 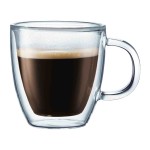 The Bistro family of mugs is streamlined: shaped without many edges and corners, employing a form for everyday use with the special double wall glass thermal effect. The Bistro line is made of mouth-blown borosilicate glass known for its amazing insulating qualities. 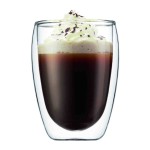 The PAVINA Double Wall Glasses keep hot drinks hot without burning fingers and cold drinks cold without messy condensation, making them the ideal vessels for every beverage, from cocktails to cocoa. 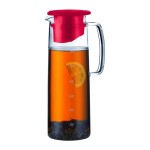 The BIASCA features a filter that is integrated into the lid designed to keep the green tea leaves in the jug when pouring tea. The BIASCA can also be used to create refreshing infused water and other infused drinks. Additionally, the lid sits tightly on the jug’s opening to properly store beverages. 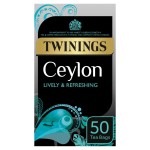 In the 1870s, Ceylon became a major tea producing area after the coffee crop failed. The plantation owners decided that tea was the most suitable alternative, and it has remained so ever since. The tea produced is still referred to as 'Ceylon' despite the country changing its name to Sri Lanka in 1972. A bright, amber tea that is refreshing and thirst-quenching. Ideal to drink at any time of day. 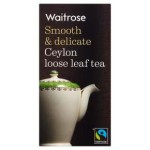 Large Leaf tea, specially selected and blended for Waitrose. Blended from teas grown in the famous Dimbula and Nuwara Eliya districts, this tea is light in colour with a clean, smooth flavour and subtle fragrance. 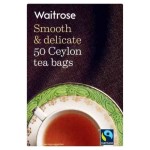 Pure Ceylon tea with a smooth and subtle flavour. Small leaf tea, specially selected and blended for Waitrose. Blended from teas grown in the famous Dimbula and Uva districts, this tea is light in colour with a clean smooth flavour and subtle fragrance. 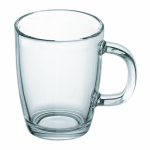 The classic design of Bodum's Bistro mugs make this everyday glassware an ideal addition to your kitchenware assortment. 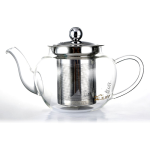 This beautiful teapot made entirely of heat resistant borosilicate glass is the perfect tool for enjoying loose tea.